This is an off-subject post today, but one that I would have raised in class, had I been there. It was with horror and dismay that I read on Twitter this week about the death of Peaches Geldof at the age of 25. As a teenager in 1980’s England, I was brought up on a diet of pop culture and I remember thinking that Paula Yates (Peaches’ mum) was pretty cool and yet mildly irritating at the same time. Bob Geldof (her dad) became quite a hero during the 80’s through his Band Aid work and of course, Live Aid. I remember watching Live Aid, hearing his expletives live on BBC TV and admiring the sheer audacity of it all.

We used to tune in to “The Tube”, a outrageous music show hosted by Paula and Jools Holland. In those pre-VCR days, you watched it or you missed it forever. Just like Top of the Pops !! Paula was feisty, ballsy and gobby, everything I wanted to be but just somehow it didn’t work on me !! When I discovered she was with Bob Geldof, it was a kind of epiphany because I thought he was pretty hot stuff too. The single “I don’t like Mondays” by The Boomtown Rats” was one of the first I ever bought. I never knew it at the time, but it was about a school shooting in the USA. Released in the late 1970’s, how sad that it should still be such a part of society today. You can read more about the song HERE. 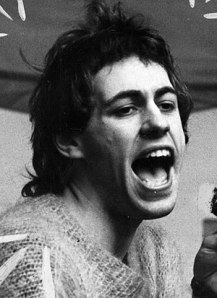 Bob Geldof was a scruffy beggar in the post-Punk period. He seemed less dangerous than the Sex Pistols but was still cutting edge, in my opinion. But what did I know, in my girls’ school education ? Most males seemed “cutting edge” as long as they were a bit scruffy and wild !! This is how I remember him from the time.

When he launched Band Aid and then subsequently Live Aid, I was that much older and more mature (!!), and followed it all joyously. I still get shivers when I hear the opening bars of Band Aid as it is synonymous of a whole period of my lifetime. No details, sorry ! 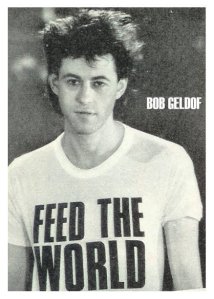 Over the years, the punks have got older just as we all have. Johnny Rotten was advertising butter on the telly, last time I was home. How did that happen ? Bob Geldof, now Sir Bob, has got older too and doubtlessly wiser. Paula Yates, tragically died of an accidental overdose in 2000. Their family of children has grown up and now, this week, the dramatic news of Peaches’ death.

To begin with, I immediately assumed, as I am sure most in thier ignorance did, that this would turn out to be a tale of drug abuse of some sort, but thankfully, no. So, why “thankfully” ? Well, when you have followed a family at a distance like this over the years, you don’t want the same mistakes to be repeated over and over again, do you ? We want to think that our kids will learn from our mistakes and not make them again like we did. Peaches’ mum died when she was 11 – one of the worst things imaginable. Peaches has died at 25, leaving two young sons – it would be so wrong for it to have been due to substance abuse.

The media now seem to be suggesting that it wasn’t drug abuse that may have been responsible for her untimely death, but another sort of abuse. Reports are suggesting Peaches had been following some fruit and vegetable juice diet to lose her baby weight and more. I read this morning that she reportedly said she had been feeling “too fat”. Have you seen the photos of the poor girl ?!!

What is it about our society that makes women feel like that ? Why are we presented with this airbrushed version of the perfect body at every opportunity and made to feel we have to strive to achieve it ? Why would Peaches have wanted to put her life at risk in such a way, just to achieve a certain body image ? It can’t possibly be justified in any way as doing it for her kids – how many kids would prefer to have a mother that dies in her attempt to achieve skinnidom ? I am sure all kids without exception would prefer to have their mothers by their sides with their extra kilos than the alternative. It makes me so angry. What sort of a society does this to girls ? When you see the photos of Peaches Geldof in her mummy mode, she looks so normal and just happy – why did she go and jeopardize that ? For what ? Kids don’t questions mummy’s body shape – kids just want their mum, whatever her body shape or size. That is what being a kid is about – you have an unconditional, accepting love of your mum. 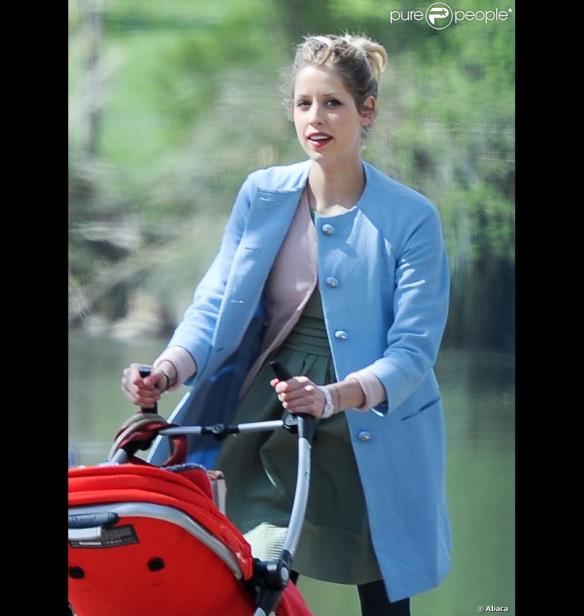 If this is proven to be the cause of her untimely death, it will be such a pointless waste of a young life. Girls need to be empowered to be who they want to be and not trying to achieve some media-imposed unattainable image. I saw this following picture on Facebook this morning and it inspired me to write this rant. It makes me want to grab girls everywhere and tell them to ignore fashion, ignore body images and do what is right for you. We all have our complexes, the bits we would prefer to hide away, to swap if we could – but surely it is healthier to accept out bodies for what they are and adopt healthy attitudes than to risk losing everything and destroying lives around us in search of some ideal that is in reality far from ideal ? 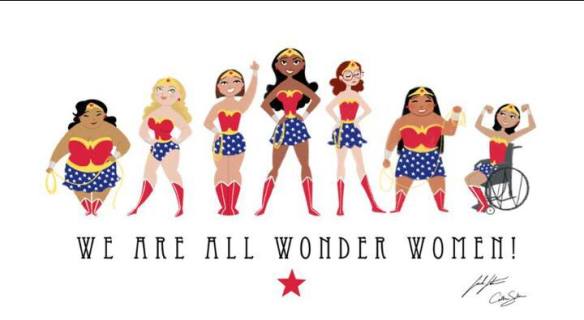 For Peaches and her family, it is too late, but let this be a lesson to us all.